What is the long tail?

Here is the long tail theory we owe to Chris Anderson in 2004 in the article "The Long Tail" published in Wired magazine.

Applied to SEO, the long tail could be summarized as follows:

The idea of all of this is that a SEO strategy based only on the most popular keywords is not necessarily the most interesting one.

Let's take a look at some figures that may support this theory: Every day,between 5% and 15% of searches made on Google are searches than have never been made before. And this will increase drastically with the voice search generating so many variations. 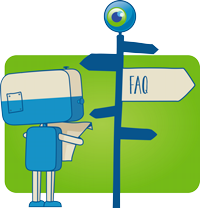